“Royal Descent” is a bloody, brutal, razor-sharp satire that deserves a wide audience.

I have this recurring dream about Prince William and Princess Kate. I dream that for some unexplained reason they visit the Hebridean island where I live and we get chatting. I invite them for a meal at my house. They come over, we eat curry, drink vast quantities and get along swimmingly. My wife and Kate hit it off over their shared love of fashion and try on each other’s dresses. William turns out to have good taste in wine and a filthy sense of humour so we get stewed in the kitchen and exchange knob gags. I wake up feeling confused and my wife laughs at me for being such a silly sod.

You see, recurring dreams aside, I would never consider myself a royalist. I see the British monarchy as outdated, unnecessary and a financial burden the country should rid itself of at the earliest opportunity. Why I have a recurring dream about having the second in-line to the throne and his spouse over for dinner is utterly beyond me.

I’ve been interested in reading John Farman’s “Royal Descent” since I first heard the germ of the idea from the man himself when he was giving a talk about “School of the Damned”. The concept was brutal, simple and aimed to shock. The royal family are forced to fight to the death in a “Battle Royale”-esque contest in order to establish who will gain the throne. I thought the concept was hilarious but doubted I would ever see it in print. Nearly three years later, I’m thrilled to have been proven wrong.

Of course, this isn’t the real royal family, but their fictional counterparts. Princes Harry and William therefore become Hadley and Willard. Princess Anne and Prince Charles become Agatha and Cedric and so on.

The comic doesn’t just focus on the violent events on the Hebridean island where the royals are stranded and forced to duke it out to see who is the last blue-blooded man standing. Everything that happens on the island is broadcast live on television for the entertainment of the general public. This neat framing device enables Farman to take some very solid satirical swipes at rolling news and exploitative “entertainment” shows such as “X Factor”. The clean-cut studio presenters provide a hilarious emotionless commentary as the royals hack, bludgeon, stab and slash one another to death. Each new royal character we meet is accompanied by a title card detailing their position in line to the throne and their kill-count. Through the vapid commentary, we learn snippets of information about the various crises that have happened in the United Kingdom that have lead to the battle of succession. However, Farman doesn’t info-dump this backstory, but gradually drip-feeds the reader details. For me, this is the cleverest aspect of the comic. This is Britain, but not as we know it; it is at once disorientating and intriguing.

A sharp script is nothing in a comic book if the art doesn’t match up. However, John Howard’s black and white art is marvellously crisp and clear. The combat between the members of the royal family is dynamic and executed with lashings of gore. Just as Farman uses fictional counterparts of the real royal family, Howard’s royals look somewhat familiar but aren’t identical to their real-world brethren. The barren Hebridean landscape, all windswept grass and scattered rocks, is well realised and contrasts sharply with the cluttered scenes of urban decay in the cities.

When skewering cultural institutions, someone is bound to get upset and “Royal Descent” managed to attract the righteous indignation of the right-wing British newspaper The Daily Mail before it was even released. However, criticising “Royal Descent” for being controversial is like condemning water for being wet. The best kind of satire always teeters on the edge of offensiveness. “Royal Descent” is all the more effective by its ability to entertain and shock, to amuse and horrify in equal measures. Better still, it manages to maintain this balancing act throughout. It is not so horrific that we aren’t amused and never so amusing that we don’t take it seriously.

Vital Publishing have shown that they have balls of solid brass by releasing this comic but the risk has paid off. “Royal Descent” is a bloody, brutal, razor-sharp satire that deserves a wide audience. I am very much looking forward to seeing what regal mayhem Farman and Howard unleash in upcoming issues.

“Royal Descent” is a bloody, brutal, razor-sharp satire that deserves a wide audience. 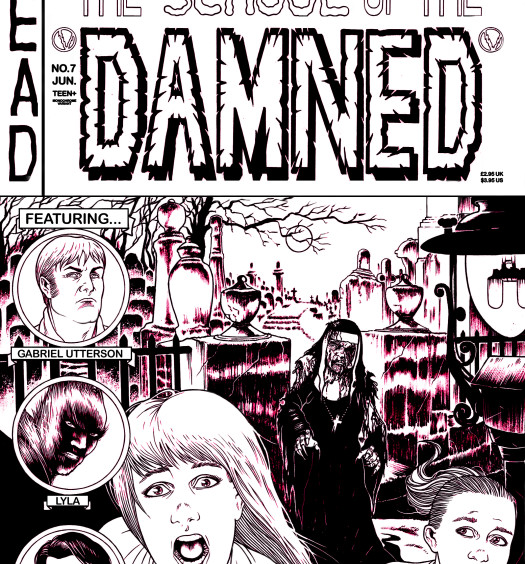 SCHOOL OF THE DAMNED #7 – COMICS ANONYMOUS 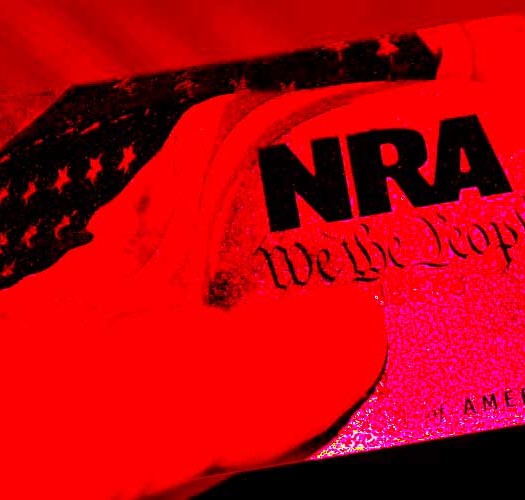