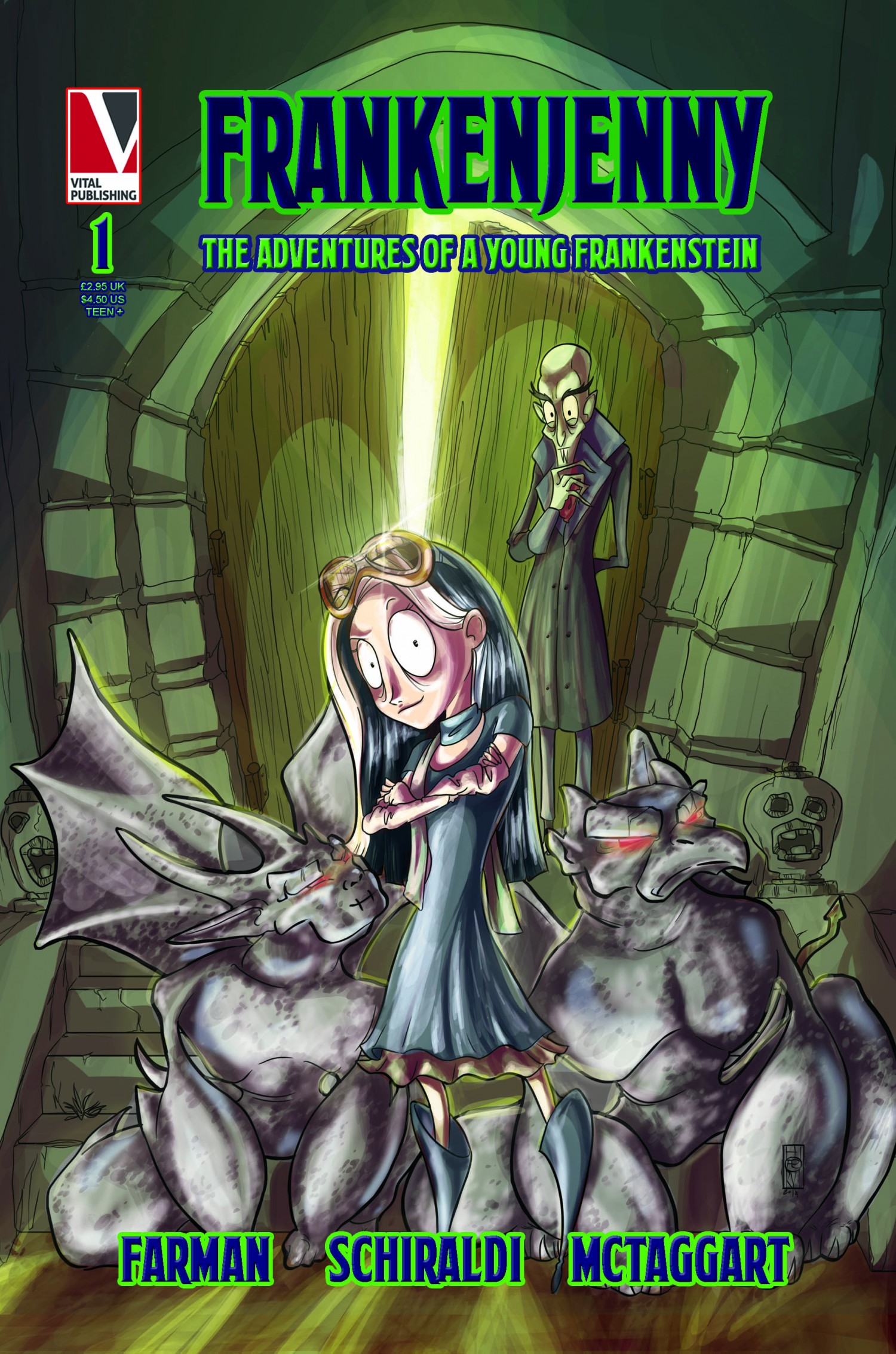 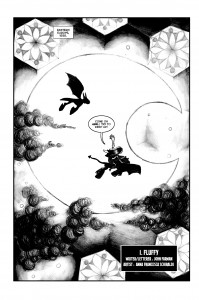 Ever since John Farman published the first issue of The School of the Damned, its world of classic movie monsters, literature characters and mythological creatures has continued to expand with supplementary titles. The latest of these is the debut solo outing of one of its most endearing characters, the eponymous reanimated daughter of Victor Frankenstein.

The story takes place a year before the events of The School of the Damned, before Jenny had her innocence shattered by an invasion of Nazis and monster hunters. She lives her life cloistered behind the walls of the school and yearns for new experiences, in this case going for an illicit midnight flight with a pair of stone grotesques, whereupon she tries to save a kitten drowning in a sack after a villager dumps it in the river. It highlights Jenny’s heart and compassion as the driving forces of her personality, and despite it introducing to her the thoughtless cruelty humans are capable of, she still manages to retain her youthful optimism and steadfast belief in right and wrong.

The story is aimed at a younger demographic than the rest of the Damned saga, reflected not only in the lighter tone but also themes that children can relate to, such as the frustration of adults telling them what to do, presuming they know best and refusing to listen to anything they have to say. Also, the dream of being able to head off by yourself and have your own adventures is something many of them will have imagined.

The artwork of Anna Francesca Schiraldi reinterprets several Damned characters as more cartoonish to better fit the target audience, but are still recognisable as those previously seen in tones of gothic horror. The art has a strong Tim Burton vibe to it, the large heads, wide eyes and wiry bodies particularly reminiscent of the stop-motion films Frankenweenie and Corpse Bride.

A two-page epilogue picks up a week later and sees Jenny helping the kitten, whom she has christened Gasmask, accustom to life in the castle. Illustrated by teenage artist Taylor McTaggart as though illuminated through an ethereal mist, it continues the light-hearted tone, juxtaposing the monstrous nature of the castle’s inhabitants with the kitten’s adorable antics.

FrankenJenny is a sharp change of tone and pace for the series, but one that nevertheless fits seamlessly alongside its darker predecessors, showing that even in a shadowy realm of monsters driven to hide themselves from the world, there can still be humour, warmth and love.

Fits seemlessly alongside its darker predecessors. 8 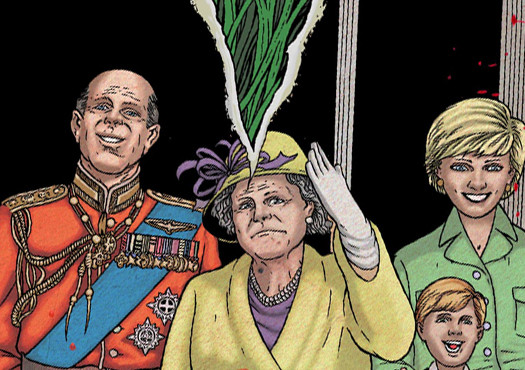 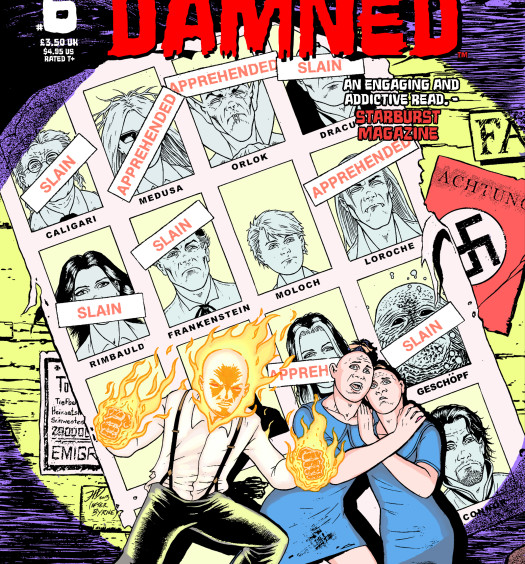 School of the Damned #6 – STARBURST MAGAZINE