Another strong addition to the SOTD run.

School of the Damned #7

Vital Publishing’s flagship title School of the Damned by John Farman hits its 7th issue with a change of main artist but the hope was that this new 2-part story would keep the same momentum ticking along.

The issue opens back in the early 1800’s amid small town Austria kicking off in full-on witch-hunt mode.  The locals gather to tackle the family they know to be the cause of their problems and with pitch-forks, guns & noose in hand, the outcome for them is inevitable but when magic is involved you get knock-on effects.

We flash forward 100 hundred years and an innocent scene in the forest is the real trigger for a curse that’s been hanging over the town ever since.  Cue devil-Bambi (you need to see that to believe it) and then some recognizable faces have to scramble for survival as something evil descends upon their safe-house.  The tension within the group is palpable too and becomes just as much of a risk to them as the world outside and it feels like John is reveling in turning the screw tighter & tighter in that enclosed space.

As the cracks begin to appear within the group it becomes a comic with a real vein of horror seeping out of its pages in line with what we’ve already seen from this title.  that’s helped by a seamless change of artist as Luca Cicchitti takes over from John Howard but with a similar level of detail and style it emphasizes & retains the quality we’ve come to expect from it. It’s a slick touch having John do the cover too, while Matthew Soffe adds the cover colours.

It’s another strong addition to the SOTD run from writer John and while horror hasn’t always been my thing it’s indie titles like this that have helped convince me otherwise. The extra gain is that there is a definite feeling of homage in every issue as it embraces the classic vibe of the best horror we’ve seen on the big & small screen and that acts as the foundation to give the stories the weight of history about them.

Go check out the Vital Publishing website, Facebook & Twitter pages for more info and get along to City Centre Comics to get hold of this 7th issue and any other Vital Publishing titles they have left.

You can keep an eye out on the Terror Firma site for the serialized release of this title too. 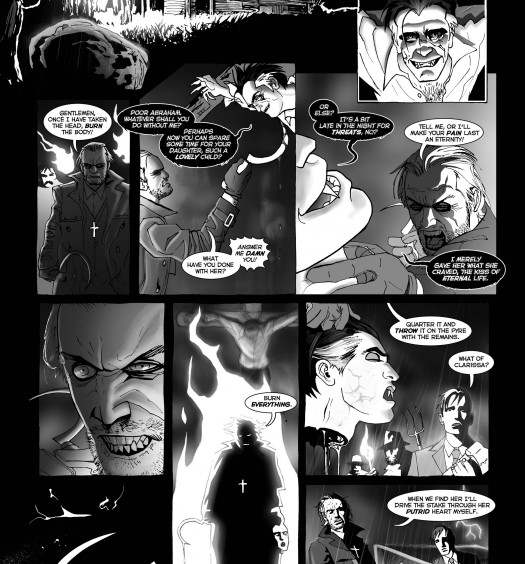 School of the Damned #1 – Starburst Magazine 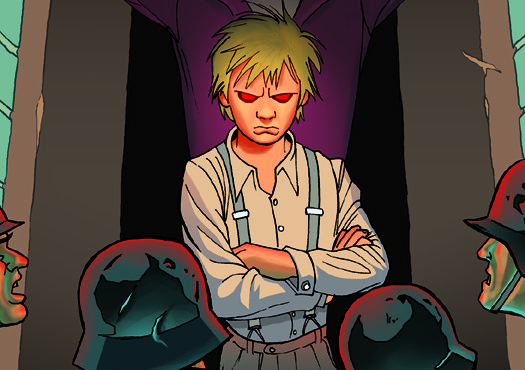